For a marketeer, advertising creativity is a hot potato that needs to be handled with wisdom and special care. Creative management faces many challenges and a large variety of tasks, that range from shooting expensive video commercials to creating sets of Google ads overnight.

At the same time, creativity is a ubiquitous concept and a big driver in our lives, because creativity keeps us entertained and gives people a boost of positive energy.

Advertising creativity is mostly about the future

Creativity is always surprising no matter the stage of our lives, and it gives quite often the feeling that by being creative we tend to build the future. Truth be told, creativity is a futuristic activity as it is focused on creating fresh concepts, while a positive future relies always on creativity.

Once we rid ourselves of traditional thinking we can get on with creating the future. James Bertrand

In over two decades of collaborating with marketing and advertising professionals, in delivering money making creative campaigns, I have concluded that creativity has a heterogeneous perception.

Not all people see advertising creativity the same: some think it is an opportunity to draw attention and brand preference through disruption, while others believe that creative communication should, first of all, help people choose the services and products that suit them.

That’s why from this point of view there are at least two groups of advertising creatives, which you might differentiate as well if you would be sharing the same office space or the same projects with them. 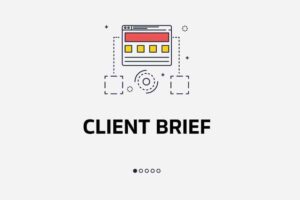 Understanding the Client Brief for a pitch 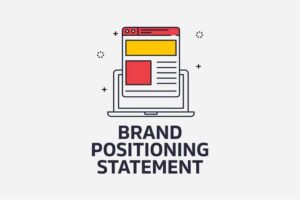 How to create a viable Brand Positioning Statement 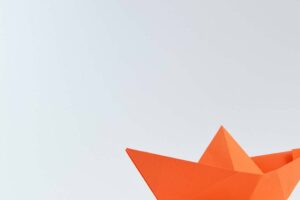 The two types of Advertising Creatives

One great contemporary advertising man is John Hegarty, who said in his famous book “Hegarty on creativity. There are no rules“:

There are many ways of defining creativity but the one I like the best is ‘the expression of self’. It’s a definition that captures my belief that we are all creative – though naturally, some are better at it than others. John Hegarty

So definitely we are all creative, but we produce creative ideas in different ways. Let’s see the two types of creatives in advertising agencies:

Admen & adwomen in this cluster usually believe that advertising creativity is mostly about how edgy a campaign proposal can be and how much they could push the client brief beyond its initial boundaries.

At a personal level, people in this group tend to identify with their take on creativity also via their own looks and behaviour. They usually are great presenters, captivating storytellers, but also louder than the average ad man.

Usually, they ask the strategic planners to give them clear, open creative briefs so they could have enough “creative space” to generate shocking or provoking advertising concepts.

At my job, I have also met plenty of creatives that had a very deep, discreet and charming creativity. Usually, these colleagues expressed their creativity through subtle, complex and more insightful ideas, and not so much by being bold or noisy.

Humanly speaking, the advertising creatives in this category are more empathic, more introspective, and highly preoccupied with the human spirit and mind.

Their questions regarding the creative brief are objective, looking to receive explanations that could support their creative thinking rationale.

For every creative person though (including those in advertising mentioned above), the so-called “blank page syndrome” is a common experience that always comes up when they have to deliver a new big idea or a new creative proposal.

It’s always a bit frightening when you have the stress to come up in a very short period of time with a fantastic proposal or even 2 to 3 alternatives.

The culprit for this syndrome: Fear of failure

The main fear behind the blank page syndrome is the fear of failure, a sentiment that is rarely mentioned or discussed in the business world, but also in advertising creativity.

There are however some agencies that speak freely of failure. The global leading advertising agency Widen+Kennedy even put messages on their walls that were saying “Embrace failure”.  Personally, I think this straightforward approach is great.

I would add that advertising creativity reaches a maturity point only when you are prepared to go public not only about your awards but about how you deal with failure, too.

The fear of failure in advertising

Matthew Syrett, one of the editors at Marketing Profs, wrote in 2005 in his article “The Psychology of Advertising Failure“:

While advertisers tend to lack introspection about their failures, other professions do not. In the last 40 years, the study of failure has grown into a robust line of scholarship fed by the efforts of military strategists, physiologists, engineers, survivalists and economists. Matthew Syrett

So failure is a big thing not only for advertisers but also for all their suppliers, including advertising agencies, which focus their public stands on the glamorous part of their job (aka Advertising Awards), or on their struggle and dissatisfaction.

How to overcome the fear of failing in advertising?

First of all, let’s admit that failure is really hard to accept, but the only way to come clean about it is to be really honest. Of course, this topic is a pill too big to swallow for junior creatives. However, each ad man should know that experienced creatives have learnt that failure is a necessity in delivering memorable advertising creativity.

Secondly, creatives have to trust in their own potential. So we have to be very confident and excited about the challenge we’re facing on that blank page and look at it as if it’s a game.

3 hacks to get rid of the “Blank Page Syndrome”

The idea of starting with really an empty page can be a bit worrying but we can use one or two tricks to overcome it. Here are some of the hacks I use that made me forget about the Blank Page.

If the brand is new to you, I advise you to start by doing desk research on the brand, the company, their competitors and (most importantly) about the people that are buying products or services in that market.

If you’ve been delivering creative ideas for the brand for a long time, you need to research differently. Look for user content where you haven’t checked before, like lists of comments on the company’s social media pages, user groups, Google My Business reviews etcetera.

During this task, list the most impressive ideas and underline the key phrases, words and even numbers (statistics can be a very powerful tool to support later your creative ideas!).

Hack #2: Use diagrams and sketches

Additionally, you may start by drawing some diagrams or sketches regarding the challenge you are facing. Try to list on the right side of your notebook with bullet points the main ideas that go through your mind regarding the creative brief.

Also, you may try to build the creative rationale or the main creative routes with boxes, putting in each box an important thought. Draw a box for the big idea, one for consumer insight, another one for the channel to use and so on. After that, aim to connect them with arrows and comments to create a logical flow.

To conclude, use any scheme that will help you overcome this syndrome of a blank page, focusing on building a visual flow that will explain a great idea clearly first of all… to yourself.

All creatives are storytellers. Whether they’re copywriters or art directors, they all use narratives to showcase advertising creativity.

Apply this hack by writing your thoughts (or hypothesis) on the brand, consumer and the ad itself:

After writing them, you could apply Hack #1 and check to validate or invalidate your thoughts. On the way you may also discover some insights, so write them down on the right side of the page.

Don’t forget that after every 45 minutes of work to take a brain break. Get back to your thoughts after 1-2 hours, or if the timing allows you to, the next day.

Creativity is anything but a linear process, so no idea can be copy-pasted because there are no brands with similar DNA. However, learning a few tricks will focus your creative efforts, accelerating your journey to find big ideas.

I hope these practical hacks that I use will help you discover valuable insights much faster and that soon you will forget about this Blank Page Syndrome, and boost your innate advertising creativity.